The Lindner Urraco 75DK can be reprogrammed for the purpose of shredding mattresses continuously.

After an extensive on-site trial, where MachTech Urraco Demo Machine showed its true power and shredded over 2,500 mattresses in 3 shifts of 9.5 hours, with the fuel consumption of 29-30 litres per hour. McGrath's Group who already run a number or our Lindner static machines, including the Jupiter primary shredder, and the Lindner Komet secondary shredder. purchased a Lindner Urraco in order to shred 90% of mattresses and 10%wood that is processed for their contracts.

The McGrath Group, established in East London in 1972 are one of the leading suppliers of waste management and recycling services in London and the South East. 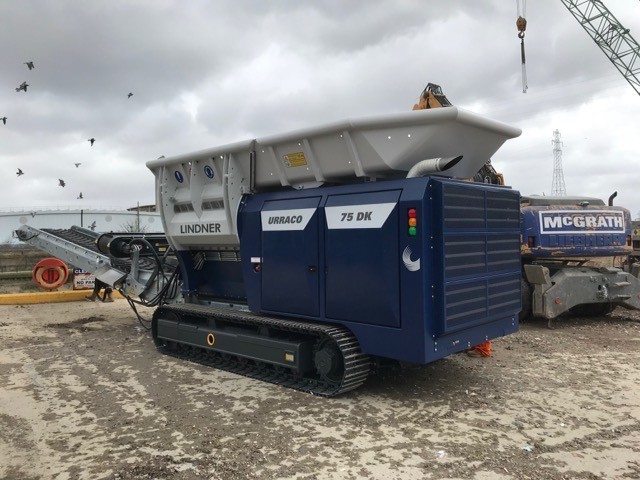 During another Demonstration at Warren Farm in Hampshire our Urraco75DK was able to shred 122 mattresses in 58 minutes this equates to one mattress being shredded every 28.52 seconds. The machine ran without any hindrance what so ever.

The Lindner Urraco offers unbeatable fuel economy with it's Scania Tier 4 Final motor, and adblue . Don't be fooled by this machine's size it offers 276KW, and the cutting system gearbox produces 240,000Nm of torque. Simple operation with a touch screen and remote control and 8 programs for different material types.